• Article: Several introductions around the world of a Californian aphid

PhD student Thomas Théry recently published the first chapter of his thesis. Here’s a brief exposé of his work.

Aphids of the genus Essigella live in North America and feed on pine needles. One of these species, Essigella californica, has been introduced in Europe, North Africa, Asia, Oceania and South America. Essigella californica is a species that could cause great damage in pine culture where it has been introduced. Thus research on control methods are undergoing in order to restrain additionnal damage caused by the species. However, it is important to fully grasp the identity of the populations and the biology of the species so that suitable control methods could be brought. This species is morphologically close to many other species of Essigella and no genetic study has confirmed that the introduced populations belonged well to this species. The study of three genes (ATP6, COI, and GND) on twelve introduced populations of Essigella californica has confirmed that these ones belonged to this species. The study of a fourth gene (EF-1α) has revealed that these twelve populations could have been separated into four distinct groups showing that the introduced populations had at least four origins and that the introduction of this species outside North America took place at least four times.

Best presentation in ecology and evolution at the 17th annual symposium. Congratulations Anaïs! 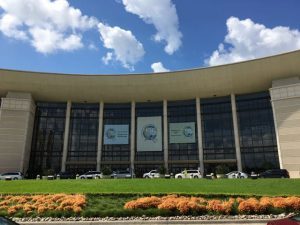 Thomas won the University of Montreal’s President’s prize for excellence in teaching by a teaching assistant. 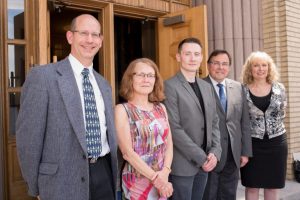 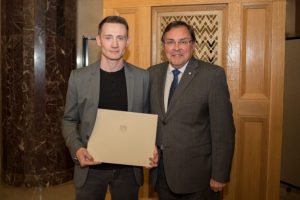 The full program for the symposium, Synthesis in Sternorrhyncha Systematics, has now been approved! The symposium will take place at the International Congress of Entomology in Orlando, Florida, the afternoon of September 29. It will bring together systematists working at all different levels (fossils, morphology, phylogenetics, speciation, and more) on all four groups of Sternorrhyncha (aphids, psyllids, scale insects, whiteflies).

OBJECTIVES and DESCRIPTION Various Sternorrhyncha taxa are important research models for speciation and host-parasite-associated evolution (both plant-insect and insect-endosymbiont), display interesting biological phenomena such as host alternation and polyphenism, and are among the most important crop pests, especially as vectors of plant diseases. Many insect systematists associate at the ordinal or other higher taxonomic level, e.g., the International Society of Hymenopterists, the International Heteropterists’ Society, and the North American Dipterists’ Society. In contrast, systematists working on Sternorrhyncha have tended to aggregate at lower taxonomic levels: e.g., the International Symposium on Aphids and the International Symposium on Scale Insect Studies. The proposed symposium seeks to assemble systematists to share the latest scientific developments in the four major Sternorrhyncha taxa. We will cross the taxonomic borders of our respective groups, exchange ideas, and develop synergies for addressing evolutionary and systematic questions that encompass all the Sternorrhyncha. An explicit aim of the symposium will be to publish a review paper describing the past, present, and future of Sternorrhyncha systematics.

Keynote talks bracketing the symposium will present the systematics, evolution, and fossil history of the Sternorrhyncha. Other oral presentations will highlight the current systematic knowledge of the four major Sternorrhyncha taxa, aphids, psyllids, scale insects, and whiteflies, including their evolution, phylogeny, and classification. Posters will present more focused topics.

The Joint Annual Meeting took place in Montreal the 8th to the 11th of November. Four lab members presented their work.

Pedro Paulo Castro-Grillo, an undergraduate student in his last year, presented a poster on his work on hickory Phylloxera. You can view his poster on line: Poster_Phylloxera_Jam_2015.

Thomas Théry presented the results of the first chapter of his PhD thesis: Multiple introductions of the Monterey pine aphid, Essigella california (Essig, 1909).

Étienne Normandin, Manager of the Ouellet-Robert Entomological Collection, presented recent work in the collection, especially regarding a specimen inventory and a quantitative conservation profile of the collection. He also took the opportunity to present other activities, including his work on a new guide to the insects of Quebec: Thinking differently for insect collections: Profiling data, inventory, and outreach projects.

Colin Favret helped with the organization of the meeting, participating on the scientific committee, and co-organizing a symposium, “Arthropodod biodiversity informatics in the Anthropocene”. During the symposium, he presented his work on machine vision insect identification:Increased taxon sample and dataset size in automated insect identification.

• The enigmatic organ that makes the springtail a collembolan

Entomology Today published a nice blog featuring our new paper on the function of the springtail’s collophore. It featured a collaboration with the USDA and an undergraduate student author.

We have recruited Étienne Normandin to be the manager of the Ouellet-Robert collection. Welcome Étienne! Send him your congratulations: qmor.umontreal@gmail.com 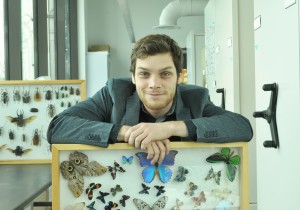 • A nice exposé of the lab in the student journal

The «ARNmessager» is a biology student journal. They published a very nice exposé of the Favret Lab and the insect collection. (in French)