Current students (jump to past students or MSc interns) 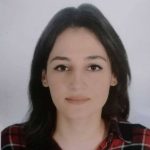 For her MSc project, Malek is developing high-throughput DNA barcoding methods to treat hundreds of specimens at a time. In particular, so-called next-generation sequencing methods allow the treatment of a mixture of liquid samples and then the later de-multiplexing of the sequences on the computer (in silico). These methods will be useful to Malek to quantify and compare the insect diversity of different habitats.

Arbuscular mycorrhizal fungi and rhizobium bacteria form symbioses with nearly 80% of plant species in a win-win partnership; they are sometimes used as living fertilizers in agricultural systems because of their effects on plant growth and nutrition. By modifying the physiology and chemistry of plants, the fungus can indirectly influence higher trophic levels, in particular the performance of phytophagous insects and their natural enemies (parasitoids and predators), pollinating insects, and more generally the composition of the insect community in ecosystems. Élisée’s PhD project sought to measure the effects of inoculations of soybean root-associated microorganisms on herbivore and predator and parasite populations and on the insect community as a whole. He (i) made an inventory of insects in fields of soybean inoculated with microorganisms; (ii) he evaluated the effects of microorganisms on the soybean aphid, Aphis glycines Matsumura; (iii) he assessed the impact of the same soybean root-associated microorganisms predators and parasitoids of the soybean aphid. 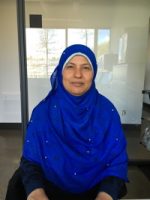 Date palm cultivation is a national agricultural priority in Djibouti but, new palm plantations have been subject to a growing number of pest species of insects and mites. Adwa’s MSc project saught to evaluate and compare the insect fauna of Djibouti’s traditional and modern date palms. She found that modern, monocultural palm groves harbour more potentially harmful insects specialists of date palm, but that traditional, polycultural palm groves harbour a greater abundance of generalist potential pests. She also studied the diversity of beneficial insects in the two types of orchards. There, the results were more nuanced, but she still found that the Hymenoptera communities of monocultural palm groves were more homogeneous among themselves than those of traditional palm groves. Adwa’s thesis is available on Papyrus. 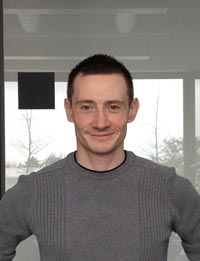 Thomas’s PhD dissertation examines the evolution and speciation of Essigella, an aphid genus found on conifers, especially true pines. All the species are North American, but one, Essigella californica (Essig), is now established in several other countries causing significant loss in plantations. Among other methods, Thomas used mitochondrial and nuclear DNA sequence data, as well as that of the obligate bacterial symbiont, Buchnera aphidicola (Wikipedia). He finished in 2018 with three nice publications, but along they way, Thomas also distinguished himself in many ways, including winning the University of Montreal’s Chancelor’s prize for excellence in teaching. 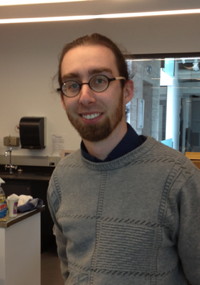